Acupuncture facts! Give it to me straight!

We are here to give it to you straight. Acupuncture facts that people are looking for!

Acupuncture is a component of the health care system of China that can be traced back at least 2,500 years. The general theory of acupuncture is based on the premise that there are patterns of energy flow (Qi) through the body that are essential for health. Disruptions of this flow are believed to be responsible for disease. Acupuncture may, it has been theorized, correct imbalances of flow at identifiable points close to the skin.

The practice of acupuncture to treat identifiable pathophysiological (disease) conditions in American medicine was rare until the visit of President Richard M. Nixon to China in 1972. Since that time, there has been an explosion of interest in the United States and Europe in the application of the technique of acupuncture to Western medicine.

Acupuncture is a family of procedures involving stimulation of anatomical locations on or in the skin by a variety of techniques. There are a variety of approaches to diagnosis and treatment in American acupuncture that incorporate medical traditions from China, Japan, Korea, and other countries. The most thoroughly studied mechanism of stimulation of acupuncture points employs penetration of the skin by thin, solid, metallic needles, which are manipulated manually, or by electrical stimulation.

How does acupuncture work?

Here are current thoughts from the National Institutes of Health on the manner by which acupuncture might produce beneficial health results.

Many studies, in animals and humans, have demonstrated that acupuncture can cause multiple biological responses. These responses can occur locally, i.e., at or close to the site of application, or at a distance.  Mediated mainly by sensory neurons to many structures within the central nervous system. This can lead to activation of pathways affecting various physiological systems in the brain, as well as in the periphery. A focus of attention has been the role of endogenous opioids in acupuncture analgesia. Considerable evidence supports the claim that opioid peptides are released during acupuncture, and that the analgesic effects of acupuncture are at least partially explained by their actions. That opioid antagonists, such as naloxone, reverse the analgesic effects of acupuncture. This further strengthens this hypothesis. Stimulation by acupuncture may also activate the hypothalamus, and the pituitary gland.   This results in a broad spectrum of systemic effects. Alteration in the secretion of neurotransmitters, neurohormones, and changes in the regulation of blood flow, both centrally and peripherally, have been documented. There is also evidence that there are alterations in immune functions produced by acupuncture. Which of these and other physiological changes mediate clinical effects is at present unclear. 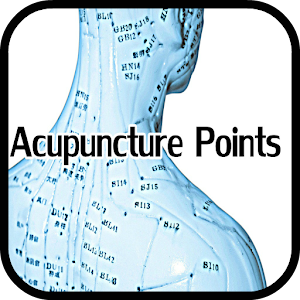 Despite considerable efforts to understand the anatomy and physiology of the “acupuncture points,” the definition and characterization of these points remains controversial. Even more elusive is the scientific basis of some of the key traditional Eastern medical concepts, such as the circulation of Qi, the meridian system, and other related theories. Which are difficult to reconcile with contemporary biomedical information, but continue to play an important role in the evaluation of patients and the formulation of treatment in acupuncture.

It should be noted also that for any therapeutic intervention, including acupuncture, the so-called “non-specific” effects account for a substantial proportion of its effectiveness, and thus, should not be casually discounted. Many factors may profoundly determine therapeutic outcome. This is including the quality of the relationship between the clinician and the patient, the degree of trust,  and the expectations of the patient. Also, the compatibility of the backgrounds and belief systems of the clinician and the patient, as well as, a myriad of factors that together define the therapeutic milieu.

Although, much remains unknown regarding the mechanism(s) that might mediate the therapeutic effect of acupuncture.  It is encouraging that a number of significant acupuncture-related biological changes can be identified and carefully delineated.

Further research in this direction not only is important for elucidating the phenomena associated with acupuncture, but also has the potential for exploring new pathways in human physiology not previously examined in a systematic manner.

Are there standards for acupuncture needles?

After reviewing the existing body of knowledge, the U.S. Food and Drug Administration (FDA) removed acupuncture needles from the category of “experimental medical devices.” The FDA now regulates acupuncture needles, just as it does other devices such as surgical scalpels and hypodermic syringes, under good manufacturing practices and single-use standards of sterility.

Cupping therapy is usually used as part of acupuncture or body work treatment.

Cupping therapy involves heating the air inside a glass cup, which removes some of the air from the cup. The cup is then quickly placed on the skin, and the resulting vacuum pulls the skin part of the way into the cup. The cup may be left in place for several minutes, and then removed. Thus, leaving behind a bright red, circular welt. The theory behind cupping is that it moves or stimulates the body’s natural energy – also called qi.

Moxibustion is a form of heat therapy in which dried plant materials called “moxa” are burned on or very near the surface of the skin. The intention is to warm and invigorate the flow of Qi in the body and dispel certain pathogenic influences.

There are so many different types of moxibustion that practitioners have many choices in the application and form of “moxa” used with patients. Moxibustion as a healing practice is as old as acupuncture itself; in fact, the Chinese word for acupuncture, zhenjiu, refers directly to this technique. Moxibustion is believed to have originated in China over 2,500 years ago, though it is likely that more rudimentary forms of moxibustion may actually predate acupuncture.

Like all traditional Chinese treatments, the goal of moxibustion is to bring the body into balance and ensure a consistent flow of qi. In this case, balance is achieved by the burning of moxa (ai ye in Chinese herbal medicine), or dried mugwort (artemesia vulgaris in Latin), close to or directly on the skin. This powerful medicinal herb has a long history in both China and the West, and is perhaps best known in America for its close association with the “witches” of Medieval Europe. This is because of its frequent use in folk remedies, particularly to ease stomach pain, menstrual irregularities, anxiety, and itchy skin.

Electro-acupuncture is quite similar to traditional acupuncture in that the same points are stimulated during treatment. As with traditional acupuncture, needles are inserted on specific points along the body. The needles are then attached to a device that generates continuous electric pulses using small clips. These devices are used to adjust the frequency and intensity of the impulse being delivered, depending on the condition being treated. Electro-acupuncture uses two needles at time so that the impulses can pass from one needle to the other. Several pairs of needles can be stimulated simultaneously, usually for no more than 30 minutes at a time.

According to the principles of traditional Chinese medicine, illness is caused when qi does not flow properly throughout the body. Acupuncturists determine whether qi is weak, stagnant or otherwise out of balance, which indicates the points to be stimulated. Electroa-cupuncture is considered to be especially useful for conditions in which there is an accumulation of qi, such as in chronic pain syndromes, or in cases where the qi is difficult to stimulate.

What are the possible side effects of acupuncture?

The most common serious injury reported from the needles of acupuncture has been accidental puncture of the lung. This can result in a partial collapse of the lung called pneumothorax. The most common infection reported from acupuncture treatments is viral hepatitis, a potentially serious infection of the liver. Other side effects include bacterial infections locally at the site of needle insertion in the skin, and elsewhere in the body. Generally, side effects seem to relate to poor hygiene and training of the acupuncturist.

For what conditions has acupuncture treatment been found helpful?

The National Institutes of Health (NIH) Consensus Development Program was established in 1977 and is designed to assess health technology. The program organizes major conferences that produce consensus statements and technology assessment statements on controversial issues in medicine important to health care providers, patients, and the general public. The following statement is from the NIH Consensus Development Statement on Acupuncture on November 3-5, 1997.

Acupuncture, as a therapeutic intervention, is widely practiced in the United States. There have been many studies of its potential usefulness. However, many of these studies provide equivocal results because of design, sample size, and other factors. The issue is further complicated by inherent difficulties in the use of appropriate controls, such as placebo and sham acupuncture groups.

However, promising results have emerged.  For example, efficacy of acupuncture in adult post-operative and chemotherapy nausea and vomiting, and in post-operative dental pain. There are other situations, such as addiction, stroke rehabilitation, headache, menstrual cramps, tennis elbow, fibromyalgia, myofascial pain, osteoarthritis, low back pain, carpal tunnel syndrome, and asthma, where acupuncture may be useful as an adjunct treatment An acceptable alternative or be included in a comprehensive management program.

Findings from basic research have begun to elucidate the mechanisms of action of acupuncture. This is including the release of opioids and other peptides in the central nervous system, as well as the periphery and changes in neuroendocrine function. Although, much needs to be accomplished.  The emergence of plausible mechanisms for the therapeutic effects of acupuncture is encouraging.

The introduction of acupuncture into the choice of treatment modalities that are readily available to the public is in its early stages. Issues of training, licensure, and reimbursement remain to be clarified. There is sufficient evidence, however, of acupuncture’s value to expand its use into conventional medicine.  Also to encourage further studies of its physiology and clinical value.  This statement is representative of the opinions of current standard medical practice.

To learn more from Laura herself, please view our new videos. http://acupunctureofiowa.com/public-videos/