Acupuncture and herbs improve sleep for children with intractable insomnia. Kaifeng Pediatric Hospital of Traditional Chinese Medicine researchers find that the An Hun herbal formula combined with acupuncture applied to a single acupoint is effective for the relief of intractable pediatric insomnia. In a randomized controlled investigation, a total of 104 children were recruited for the study and were randomly assigned to a treatment group or a control group. The cured, markedly effective, and effective scores were added together to determine the total effective rate. In the acupuncture plus herbs treatment group, there were 20 cured, 25 markedly effective, 4 effective, and 3 ineffective cases, yielding a total effective rate of 94.2%. [1]

Acupuncture and Herbs
Participants in both groups were offered guidance in the areas of sleep hygiene, family sleep management, and diet. In addition, participants in the treatment group were prescribed the An Hun herbal formula.

Acupuncture was administered to a single acupoint: Yintang.

The results of this study indicate that a combined protocol of acupuncture and herbs provide effective relief from intractable insomnia in children. The use of a single acupoint proved effective, making this treatment suitable for young children that may have difficulty sitting still. 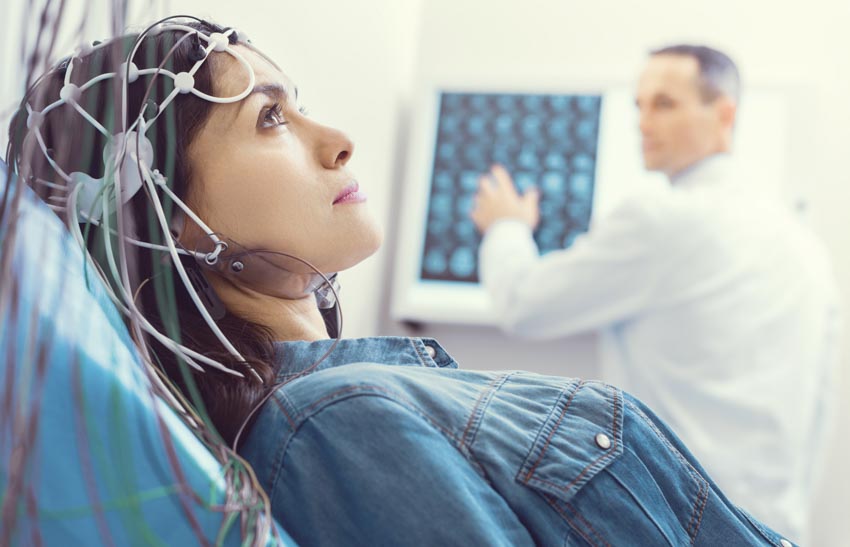 Acupuncture combats attention deficits in insomnia patients. One of the most significant problems for people with insomnia is daytime drowsiness and inattention, leading to an increased risk of mistakes and accidents. Researchers find that acupuncture has the potential to attenuate these symptoms, as well as improving overall sleep quality. [1]

A study conducted at the First Affiliated Hospital of Chengdu University of Traditional Chinese Medicine assessed the effects of acupuncture on insomnia and attention deficits. These outcomes were compared with those of healthy control subjects that did not undergo any intervention during the study.

The results of this study indicate that acupuncture is an effective treatment for attention deficit, a common issue caused by insomnia. Acupuncture improves sleep quality, but also enhances performance in cognitive tasks​, and positively influences neural activity. For more information, contact your local licensed acupuncturist.

Electrical engineers in a medical research team discovered how acupuncture benefits sleep. They did it by measuring brain activity with EEG (electroencephalography) before, during and after an acupuncture treatment. Results were conclusive, acupuncture significantly increases slow wave activity of the brain relative to fast wave activity in both the frontal and central lobes. This phenomena is known to benefit the quality and duration of sleep. The researchers applied manual acupuncture to humans at acupoint ST36. It was found that this acupoint significantly increases the power ratio index of slow waves to fast waves following an acupuncture treatment. Stainless steel 0.2 mm diameter acupuncture needles were applied to the subjects. The needles were applied and retained for an initial two minutes followed by manual rotation of the needles applied for another two minutes. Measurements were taken throughout the brain of the delta (0 – 4 Hz), theta (4 – 8 Hz), alpha (8 – 13 Hz) and beta (13 – 30 Hz) bands. Notably, there were increases in the delta band power in five major brain areas during and after acupuncture.

The researchers note that “acupuncture at ST36 can induce obvious changes in different EEG rhythms in healthy subjects.” They also note that acupuncture modulations of brain activity resulting from acupuncture point stimulation show “that the  brain plays a key role in acupuncture research.” They also suggest that “cortical electrical activities may be an important mechanism by which acupuncture exerts its complex multisystem effects.”